Church in honor of St. Peter and Febronia of Murom

The stylistic basis for the architecture of the Church of St. Peter and Febronia of Murom in the Moscow Region was the design of the chapel by the architect S. Erofeev at the hospital in the factory of Sapozhnikovs, Ltd., published in the Yearbook of the Moscow Architectural Society for 1914-1916.

The chapel was located on the exact site where the construction of the church is planned. Erofeev's project was executed in the Neo-Russian style with reference to the architecture of Pskov and Novgorod of pre-Mongol period. The same stylistic orientation was expressed in the architecture of this project. The chapel itself is included in this project. Slightly modified as a baptismal church, it is integrated in a common cluster with the main church. 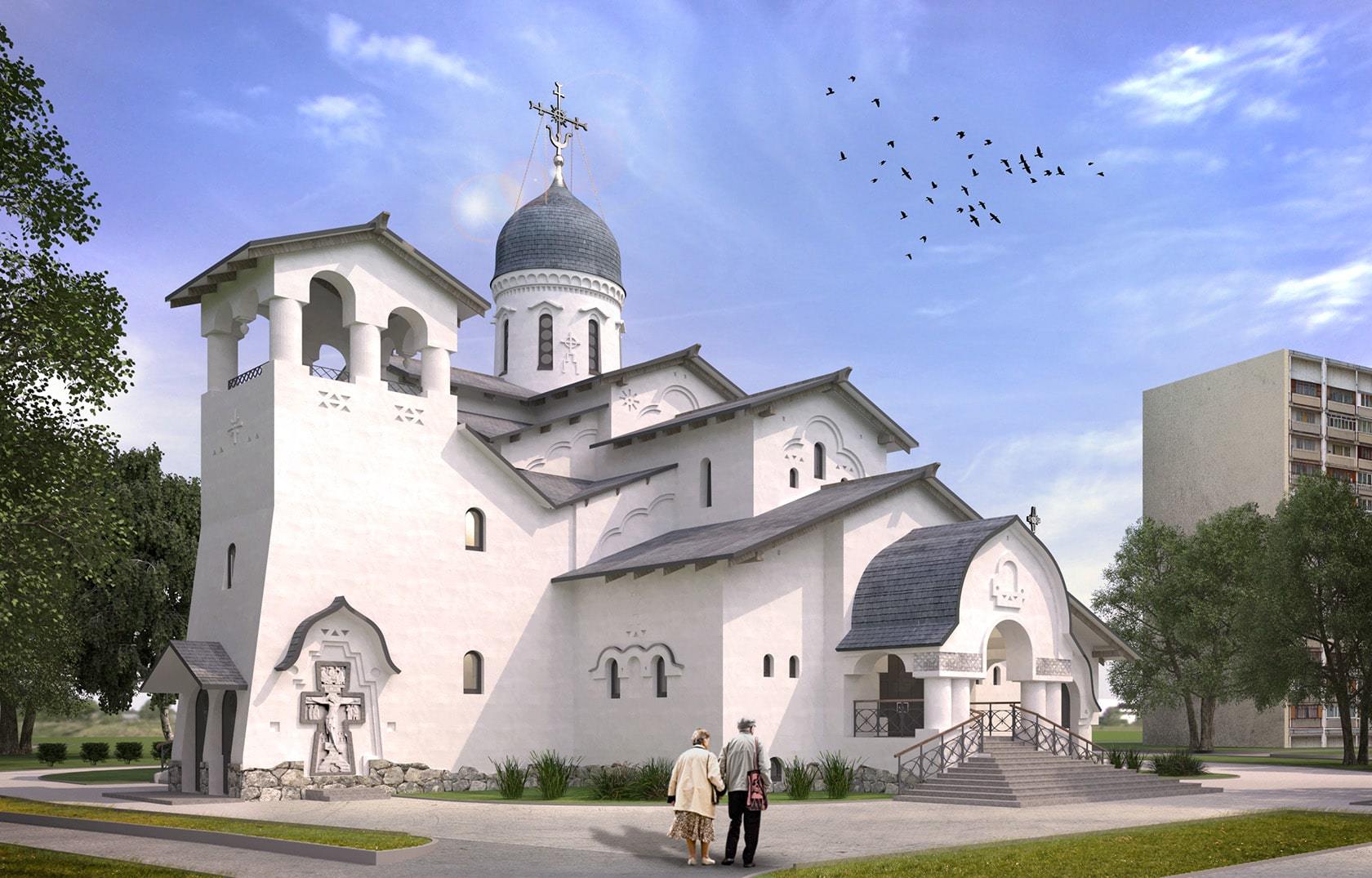 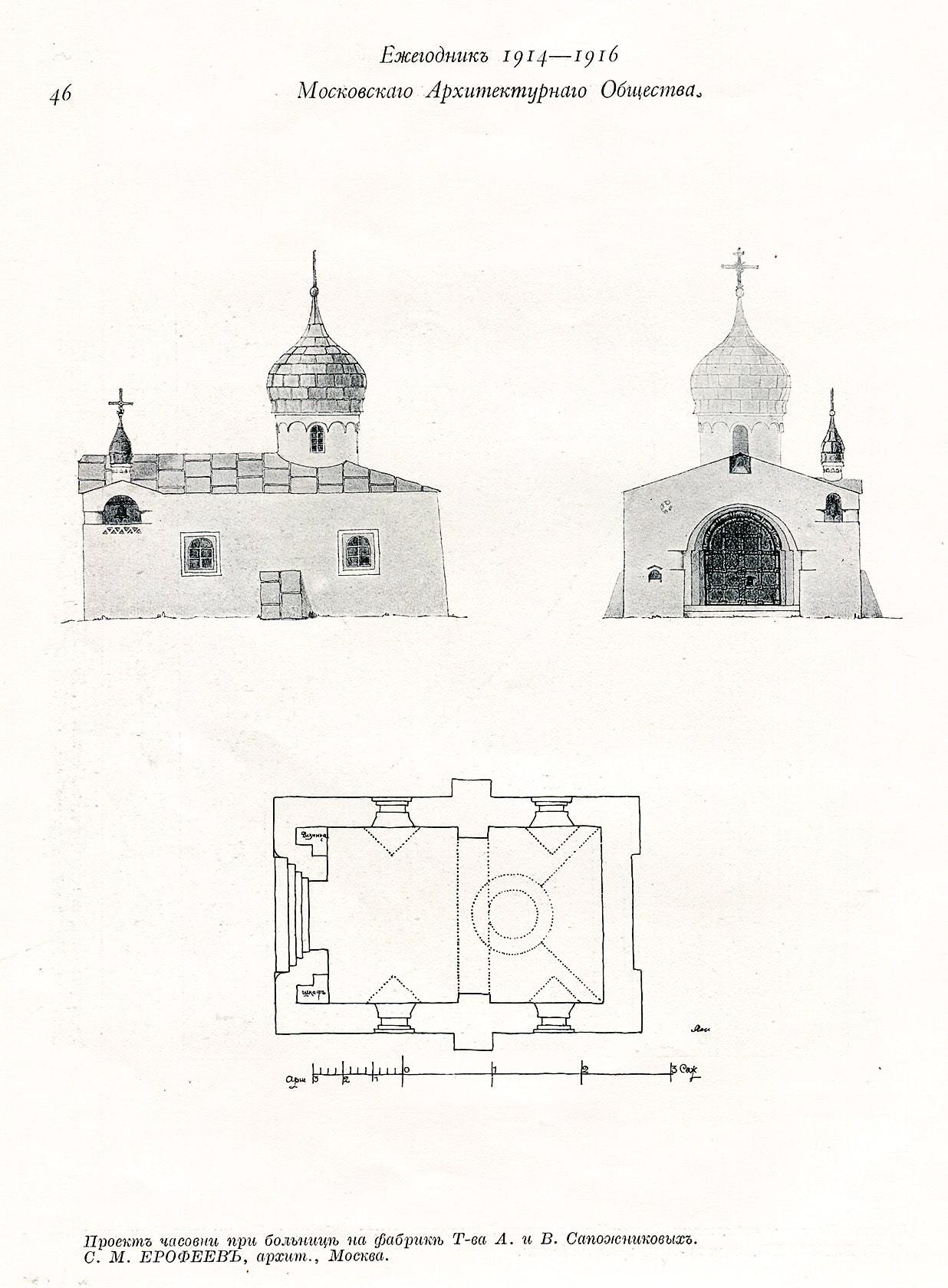 Compositionally, the church building consists of three parts: the main temple with choir loft and a baptismal church and a belfry flanking it on both sides. The composition of the main temple is pyramid-like. The one-domed pillarless volume, overlapped by four arches, ends with a cross-shaped pitched roof, the corner parts are closed with a gradual decrease in height, due to which the traditional for the Russian temple architecture silhouette is created. The structural scheme of overlapping the main volume: the crossed vault with sloped ribs, supported by four carrier arches instead of the ribs of the vault. There are three semicircular altar apses with conches on the east side; the central apse is wider and higher than the side ones. Side conches transition through an arch into the sail vaults. The central conch also turns into an arch with a gradual step by step transition to the main space.

There are 12 steps of stairs leading to the main entrance to the church. There is a ramp in addition to the stairs in the baptismal temple, which is elevated above ground level by two steps. The less able get to the ground zero of the main part of the temple with the help of a special elevator installed behind the bell tower, on the northern side of the temple. The narthex is covered by a system of cross vaults with arches. From there, you can get to the main part of the temple, as well as climb the stairs to the baptismal temple, the choir loft and the belfry. The space of the main part is a single room, without pillars, is illuminated with natural light through the light drum and windows in the side walls, and is crowned with a helmet-shaped dome in the exterior. The solea and the altar are elevated to a height of three steps. There is a separate exit from the sanctuary to the north porch, as well as a passage to the altar of the baptismal temple through the sacristy and vestry in the basement. The baptismal church is also pillarless, but it has a simpler scheme of the ceiling - an arched vault holding the drum and the rafter system of the main pitched roof. Its only light dome is onion-shaped. There is a locker room in the baptismal temple for those who prepare for the Sacrament of Baptism.

The choir loft, to which the staircase leads, is located above the narthex. Stairs lead from the level of the choir to the bell tower.

There is the lower temple on the basement level, the entrance to which is from the west side by the main staircase. There is an elongated helmet-shaped cupola above the entrance. There are also utility rooms and bathrooms planned in the basement level. There is a staircase from the altar vestry to the sacristy at the ground floor level. The second evacuation staircase is located in the stairwell and leads out into the street.

The main material of the outer walls of the temple is brick. Plaster façades are decorated with traditional ornaments, made of brickwork, and niches with bas-reliefs. There is a composition with a devotional cross on the outside wall to the left from the main entrance. The roofing material is lead. The plinth is finished with natural stone.

The building is designed in accordance with the general architectural and construction regulations and within the context of traditional architecture of the Russian Orthodox Church. 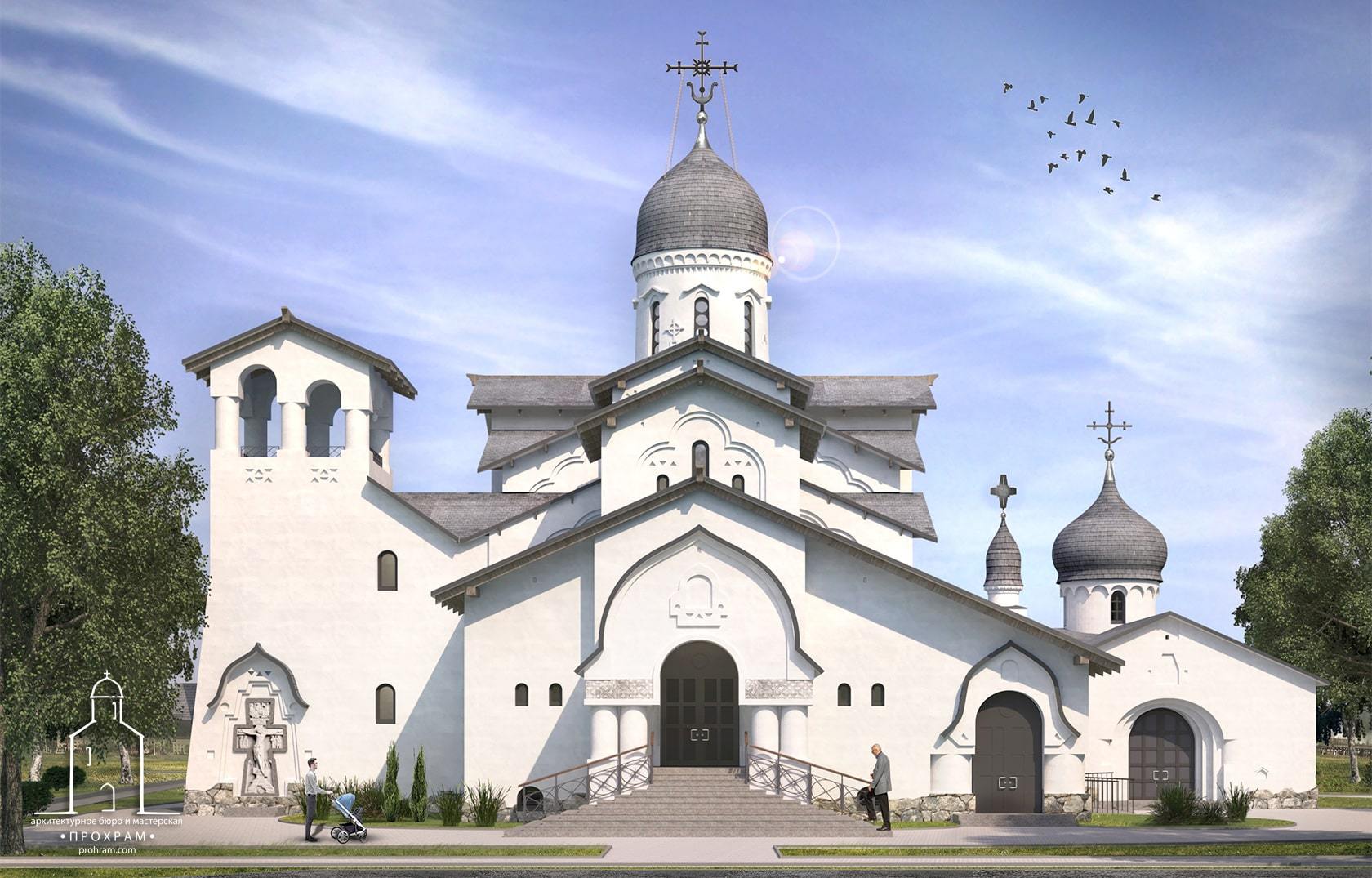 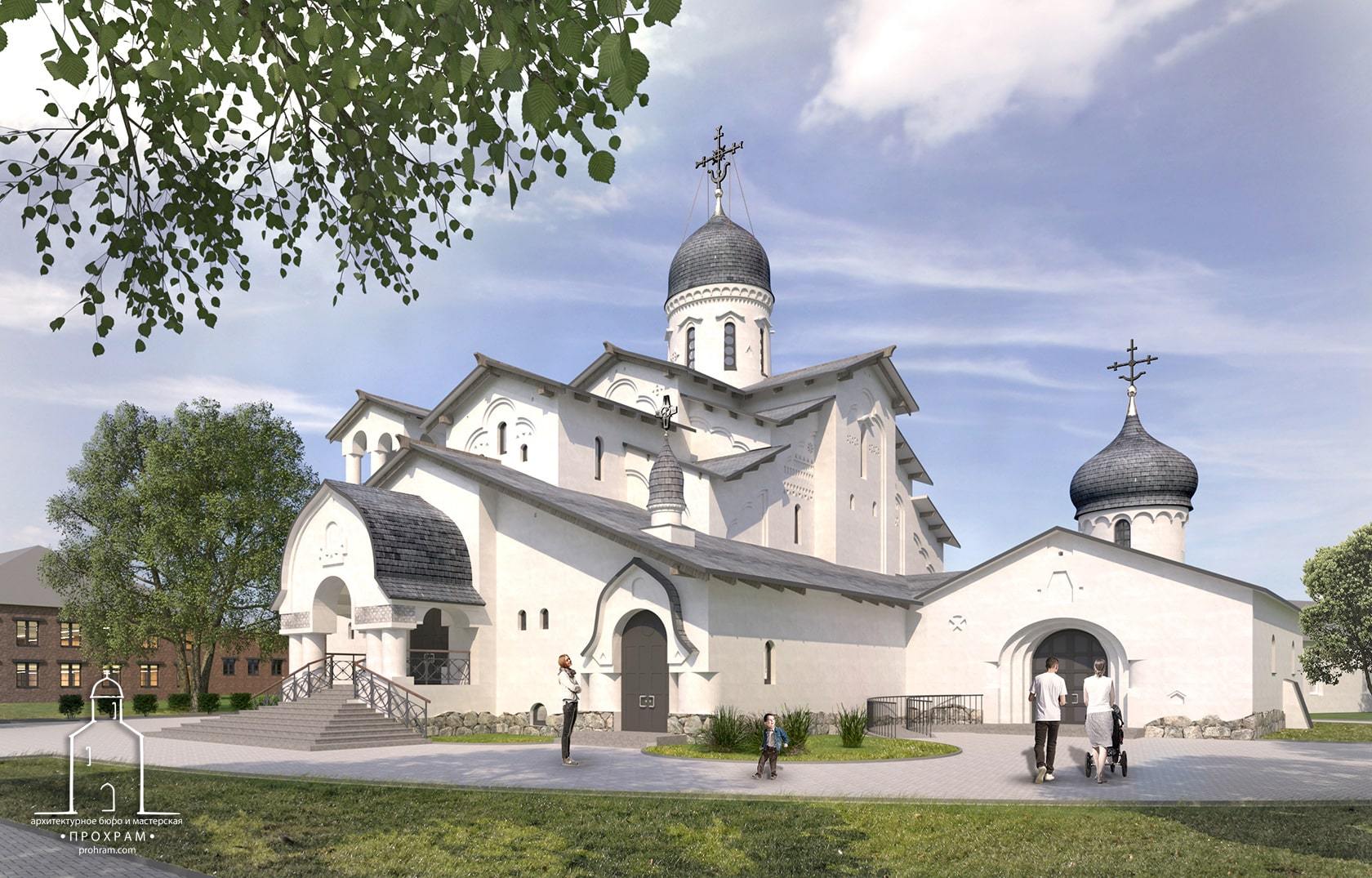 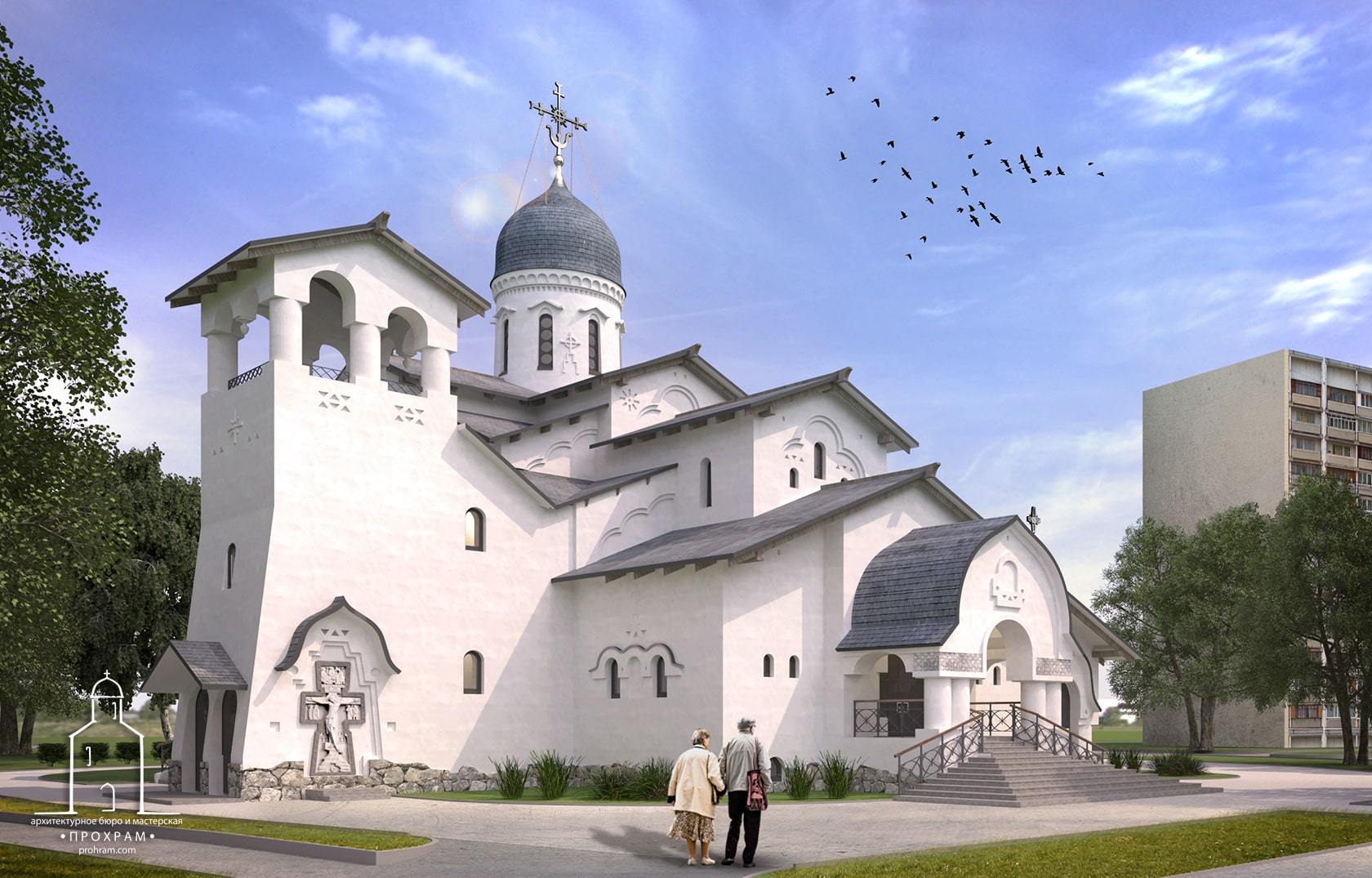 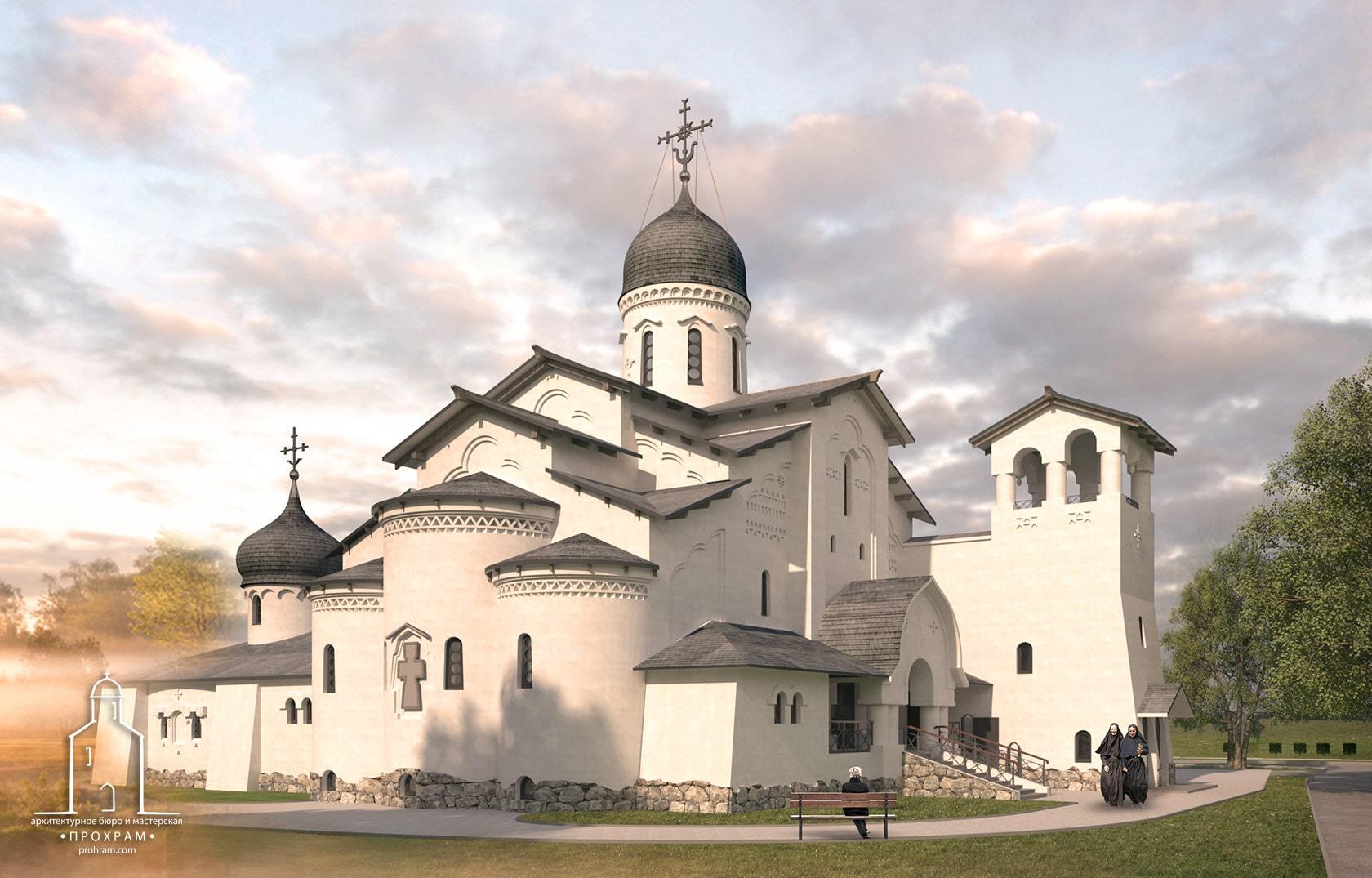 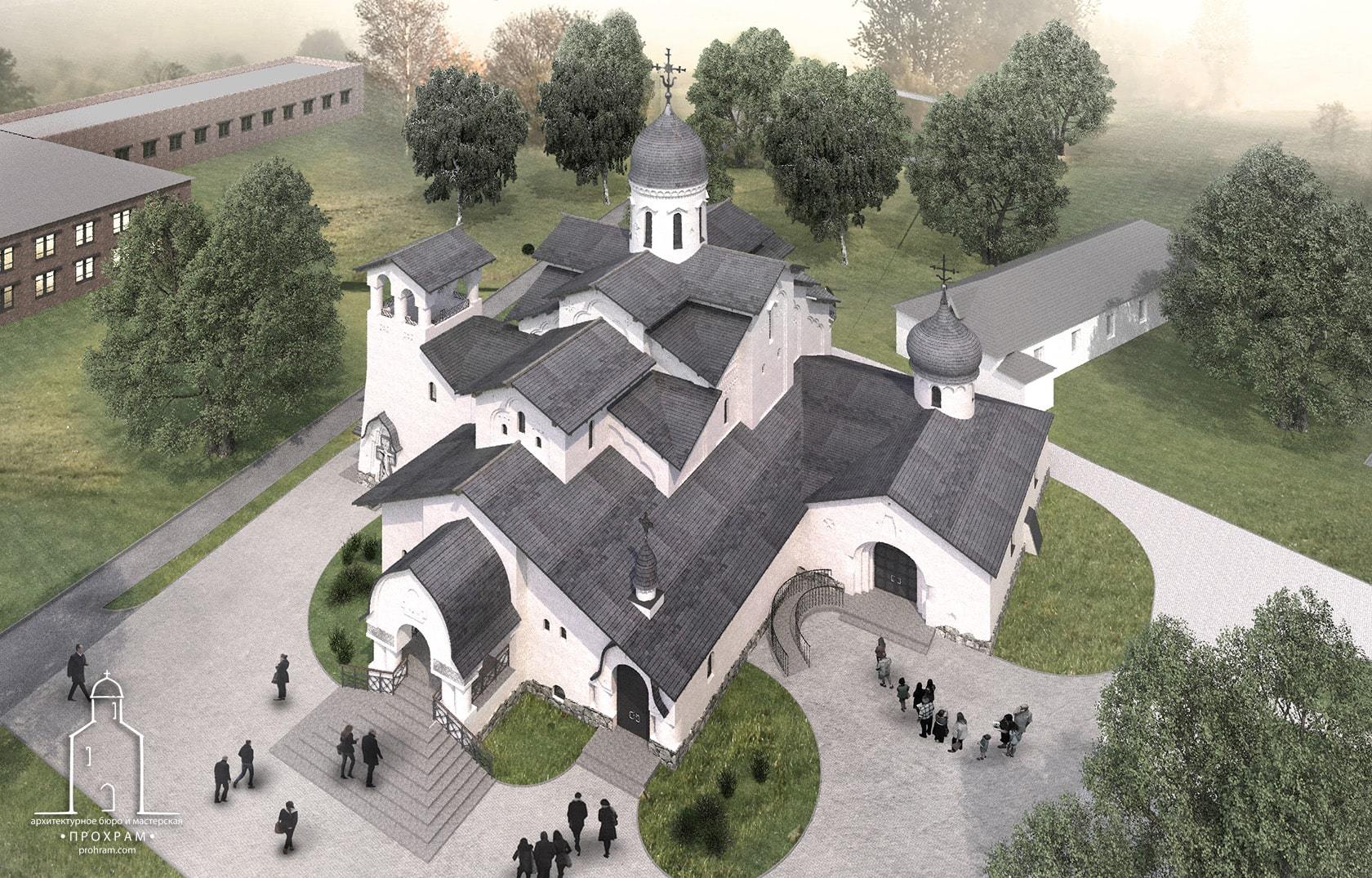