Parish Center in honor of St. Valentina of Minsk

The center is located in a new district of the city. Residential development presupposes extensive activity of the parish, which has been allocated a large plot of land near the park. The compound includes an educational center with a parish house, a store combined with a water chapel, a playground, and an entrance area with a bell tower and a gatehouse along with the church.

The original plan envisaged a more developed system of overlaps of the main space, vaults and external kokoshniks, as well as an attached belfry. While designing, the church architecture was streamlined to reduce costs during construction, and the bell tower was set to match the entrance.

The church can accommodate 450 parishioners. There is a lower church in the basement designed to hold baptisms, a prosphora baking facility and additional premises. The water blessing chapel is combined with the store by a gallery, where there are taps that allow to draw holy water. There are also small architectural elements such as entrance arches, a fence and a Golgotha.

The building of the Enlightenment Center is represented as a spot on the general plan and is in the second stage of design.

The stylistics of the center reflects Neo-Russian and modern trends with a focus on traditional temple architecture of Ancient Russia. 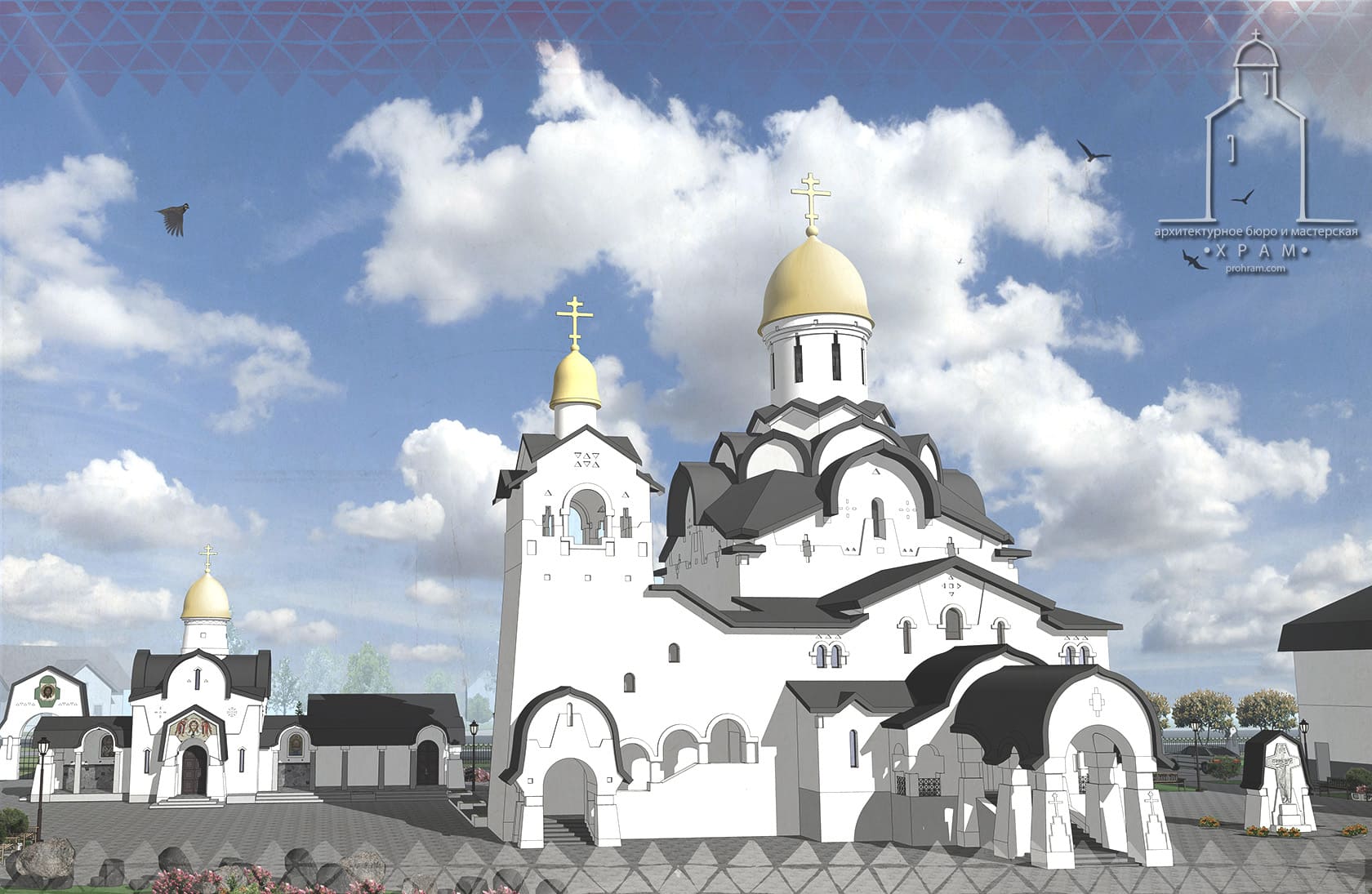 Initial sketches.
The church was designed with a more complex and developed tectonic architecture structure. It was supposed to combine the educational center and the bell tower with the church building. Later it was decided to leave only the bell tower, and move the center to another part of the site. The system of kokoshniks that overlap the space of the temple on the inner step vault and ascend to the base of the drum, set a more interesting composition of the ascent to the celestial world. The corners of the main space are overlapped with non-standard wing roof coverings that support the main compositional orientation. This roofing is in some form an innovation for this type of temples.
Subsequently, the client and the benefactor decided to simplify the architecture to reduce costs.
Architecture: Dmitry Ostroumov, Olga Senkova (model, drawings).
All projects